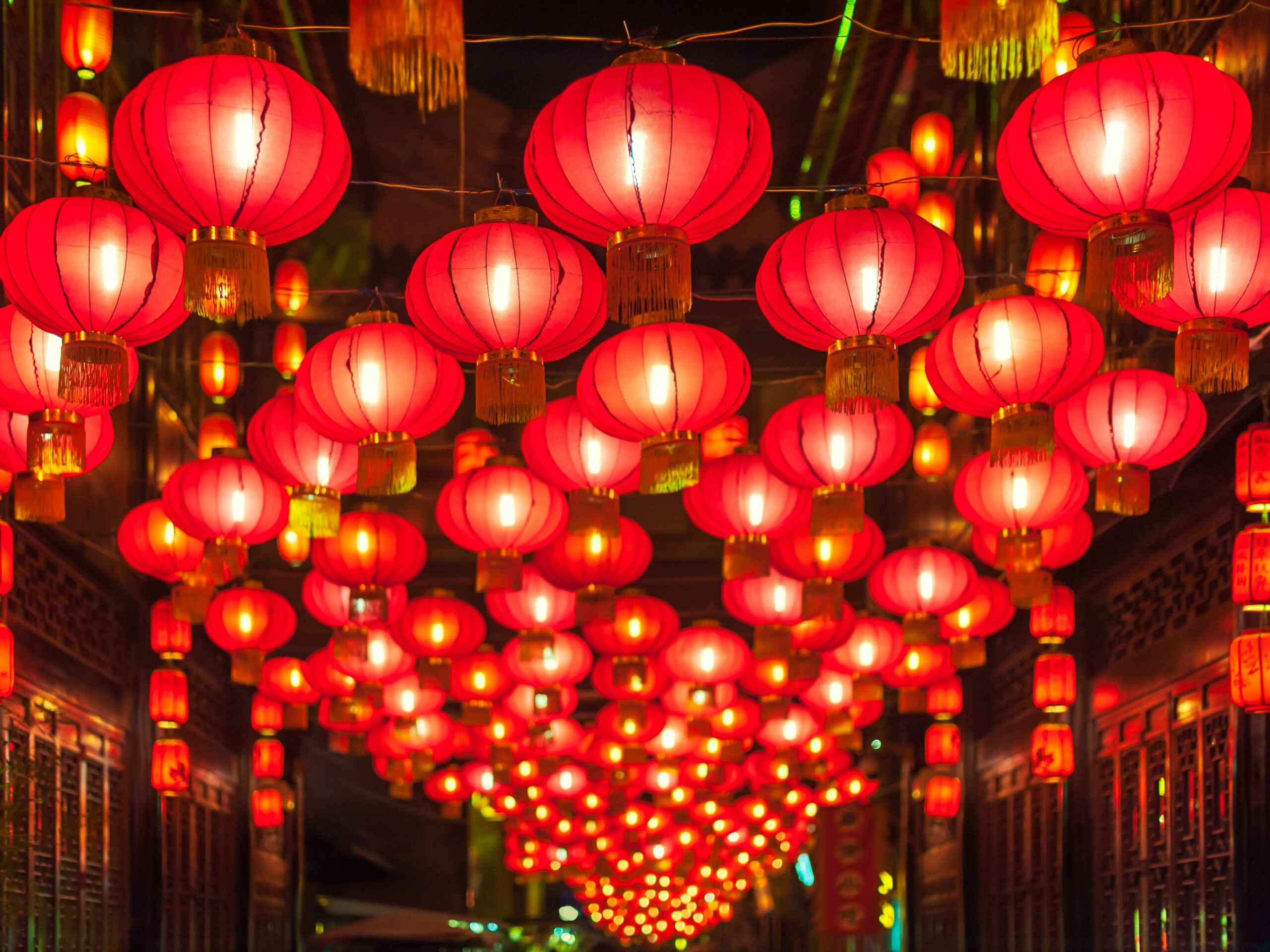 The Lantern festival is also known as Shangyuan festival is the traditional festival of China celebrated on fifteenth day of the first month in lunisolar Chinese Calendar. It usually falls in February or early march on Gregorian Calendar. During the time of Lantern festival children go out at night carrying lanterns and write their wishes on it. In ancient times the peoples have very simple lanterns and only the emperor and nobleman had  large ones but in modern time lanterns has been embellished with many different designs For an example, lanterns are made in the shape of animals. Lantern symbolizes the people letting go of their past . Lanterns are almost red which mainly symbolizes good fortune. 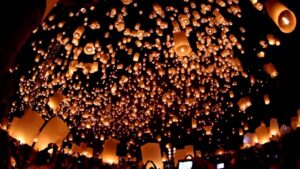 Origin of the Lantern Festival

There are different believes about the origin of Lantern Festival it is popularly linked with reign of Emperor Ming at that time when Buddhists was growing in China. An advocate of Buddhist Emperor Ming noticed monks would light lanterns in the temples on fifteenth day of first luner month. And then he orders all the household ,temples to light lanterns on that evening and the other origin  is the celebration of “ Declining darkness of winter”.

During the Lantern festival houses are adorn with colourful Lanterns , often with riddles written on them if riddles is correctly answered the solver gets a gift. People enjoy local music and food during the time of Lantern festival.

The main of the Lantern festival is to promote peace  recociliation and forgiveness.

Top 10 Lanterns festivals  which are celebrated  all over the world are :-

Top 10 Lantern festivals in the world

1-  Diwali – The Festival of Lights

Diwali is the traditional festival of India usually known as festival of lights  and it is celebrated for four days and it is celebrated during the Hindu lunisolar month Kartika. It is one of the most popular festival of Hinduism, Diwali symbolizes spiritual “ victory of light over darkness. Diwali is widely associated with Goddess Lakshmi. In this Festival people decorated their houses with Lighting of Diyas and candles. In India Diwali is celebrated on the defeat of the evil ravana by Rama and in the joy of return of the ram. 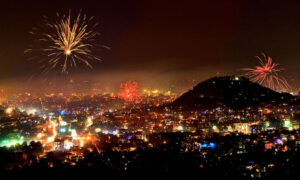 Marine day lantern festival is the festival celebrated in  Tokyo on every third Monday of July pays tribute to the ocean by the lighting up Odaiba beach. Paper bag lanterns are designed in different shapes and sizes and can be seen from far away. Many local musicians and singers perform on the beach side . The Marine Day Lantern Festival is the event that you do not miss. 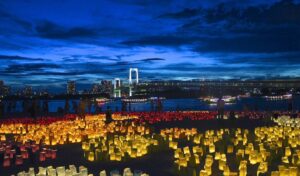 The Floating Lantern Festival is celebrated in Washington D.C it is organized by the same group that is responsible for the salt lake city event. People do the same by decorating beautiful and sustainably constructed lanterns with the message of blessing hope and peace and float in the lake. 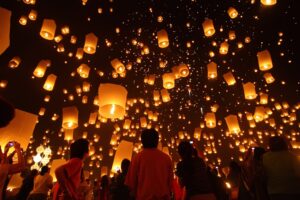 Spring Lantern festival is celebrated in Hong Kong on 15th day of the Chinese new year. This festival is also known as Yuan  Xiao festival. The origin of this festival is finds back to the time of Han dynasty which is dedicated to buddha the Buddhist monks from China would light up red Lanterns to the mark of respect. This festival is always on the first full moon of the year. The red lantern representing good luck symbolizes people letting go of their past and hold a positive future full of prosperity and happiness. The St. john night is the festival is on the night of 23rd to the 24th of June. The night of the saint john is originates from the ancient Greece they had many festivals to honor the god of music (God Apollo). The symbolic purpose of the ritual is  was to give strength to sun. Loy Krathong lantern Festival is a Thai Festival celebrated annually the kingdom of Thailand. It is originated in the ancient city of Sukhothai. The date of this festival depends upon the evening of the full moon of the 12th month falls according to Thai traditional lunar festival it is usually at the end of the rainy season. Which is the best time to visit Thailand. The salt lake city organizes a spectacular sky lantern festival in the month of may with food, music and the lots of the lantern release in the sky. 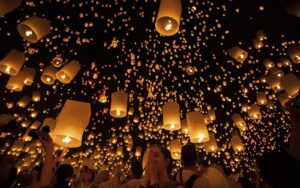 The rise Lantern Festival is happens in October. People lighten up their lantern with individual written messages and musical entertainment leads up the moment when people release their lantern. These lanterns are completely Biodegradable, and crew collects the floating lantern after the festival. 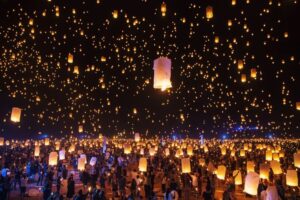 Pingxi Lantern Festival takes place outside of the Taipei and  it is said to be the most magical things your eyes may ever observe. Pingxi lantern Festival is an important highlight for Taiwan on international stage. This festival attracts over 100,000 visitors as hundreds of lanterns go up into the dark sky carrying the blessing of the people to the heaven. Hoi An is also known as ‘ The Lantern City’.Hoi An Lantern Festival is held monthly when the moon is brightest and fullest. It is believed that Buddha was born and obtained enlightenment at the time of full moon. From 9:00 pm all possible lights are switched off in the city and the Lanterns lighten up in all their glory. People gather to float their lanterns with the wishes of happiness, prosperity and love and at the time of festival that place is surrounded by food stalls with mouth watering local food. 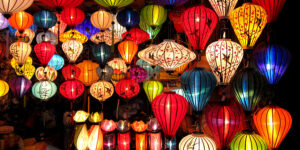